Transparency of health industries' interactions with health professionals and organizations

Since April 2014, in France, the Transparence Santé database allows everyone to consult, in free access, all the information declared by companies on the links of interest maintained with health actors.

A review of the main texts that have contributed to setting up this very specific system.

Although many of the articles of the so-called "DMOS" law have now been repealed, it was when it came into force in 1993 that the law laid the foundations for the system of benefits.

Moreover, as early as 1993, the law provided for a regime with sanctions in the event of non-compliance with the prohibition. The former article L. 376-3 of the Public Health Code provided that "violations of the provisions of article L. 365-1 will be punished by a fine of 500,000 francs and two years' imprisonment". This is now found in articles L. 1454-1 and following of the same code.

Law n°2011-2012 of December 29, 2011 relating to the reinforcement of the sanitary safety of medicines and health products

Also known as the "Bertrand" law, named after the Minister of Health at the time, the law came into force on December 31, 2011. It completes the existing system by introducing a transparency mechanism for links of interest.

Among the contributions, Article 2 of the "Bertrand" law imposes an obligation of transparency on companies. This obligation, codified in Article L.1453-1 of the Public Health Code, resulted in the launch in 2014, of the Transparence Santé database. A website piloted by the Ministry of Solidarity and Health, it makes available all the information declared by companies on the links of interest they have with actors in the health sector.

Decree n°2013-414 of May 21, 2013 on the transparency of benefits granted by companies producing or marketing products for health and cosmetic purposes intended for humans

Intended to implement the terms of Article 2 of the "Bertrand" law, the decree was published in the Official Journal on May 22, 2013. Its main objective was to determine the nature of the information to be published by companies. As such, the following must be made public: agreements between companies and health actors, benefits and remuneration of an amount exceeding €10 including tax.

The first publication took place on June 1, 2013. It is now biannual, and takes place on March 1 and September 1.

Also known as the "Touraine" law, named after the Minister of Health at the time, the 2016 law significantly strengthened the provisions of the "Bertrand" law. In the press kit published by the Ministry of Solidarity and Health in 2016, it is stated that "it is a question of getting out of the era of suspicion: transparency as well as health democracy (...) are the key to regaining trust".

It is in this spirit that the law sets out the following two principles: to strengthen the transparency of links of interest between laboratories and actors in the health system; and to improve the availability of this information.

Ordinance n°2017-49 of January 19, 2017, on benefits offered by persons manufacturing or marketing health products or services

Also known as the "Touraine" ordinance, the ordinance was issued on the basis of the eponymous law of January 26, 2016. Allowing for consistency in the perimeter between Transparency and the supervision of benefits, it also provides several important clarifications on the regime of the second. In particular, it specifies the recipients of the prohibition on receiving or offering advantages; the characteristics inherent in the notion of advantages; and the exemptions from the prohibition.

Also known as the "Ma santé 2022" law, the main objective of the 2019 law was to propose comprehensive responses to the challenges facing the French healthcare system. The framework for benefits and the transparency regime fall within this scope. Thus, it is now forbidden to offer hospitality to students in initial training and to associations representing them. In the same way, donations and gifts for national professional councils are excluded. Concerning the publication of links of interest, this now covers influencers.

Published in the Official Journal on June 17, 2020, the decree only came into force on October 1, 2020. This decree, which is essential, specifies the terms and conditions relating to benefits offered by persons manufacturing or marketing health products or services. It determines the natural or legal persons concerned, the nature and conditions of the exemptions to the prohibition on offering benefits. As well as the terms and conditions of the declaration and authorization system for exemptions.

Both published in the Journal Officiel on August 14, 2020, these decrees clarify the thresholds of the new regime for the supervision of benefits. More specifically, they determine the applicable thresholds from which an agreement must be submitted for authorization. As well as the threshold below which certain benefits are considered to be of negligible value.

At the international level, there is also a trend towards greater supervision and transparency. This can be seen through the laws dedicated to transparency that have been put in place in several States, and also through the consolidation of codes of practice disseminated by European and international federations (EFPIA, IFPMA, MedTech).

An integral part of the Patient Protection and Affordable Care Act, the Physician Payment Sunshine Act, or "Sunshine Act" for short, aims to bring more transparency to decisions made by the US government and federal administration. Specifically, the Sunshine Act requires manufacturers of drugs, devices and medical equipment to report any cash or in-kind payment in excess of $10 to a physician or teaching hospital.

The European Federation of Pharmaceutical Industries and Associations (EFPIA) published in 2013 the "Code on disclosure of transfers of value from pharmaceutical companies to healthcare professionals and healthcare organisations" to provide, from 2016 onwards, for the annual publication by pharmaceutical companies of all their financial transfers of hospitality, remuneration and donations to healthcare professionals and associations. This publication applies to members of the Federation.

The text came to impose a transparency obligation on pharmaceutical and medical device companies. Since 2017, the latter must document and make public annually, the bonuses and benefits granted directly or indirectly to healthcare professionals, healthcare organizations or patient organizations.

Brazil's 2018 law is part of a package of legislation implementing a disclosure of interest regime. Specifically, the 2018 law provides for the obligation of health product and health interest companies to inform the competent state agency of the sponsorship of a scientific event.

The Association of the British Pharmaceutical Industry (ABPI) has published a code of practice aimed at ensuring the transparency of relationships in the healthcare sector. Manufacturers in the sector are now obliged to publish the links of interest they have with healthcare professionals, among others, on a dedicated website. Among the new features of the 2021 version of the code, we note an expansion of the persons to be published in transparency. From now on, relationships with journalists will have to be published.

Thus, over the years, a significant legal arsenal has been put in place to guarantee the transparency of links of interest with healthcare professionals and organizations and patient associations. Nevertheless, its interpretation is not always obvious, which does not alleviate the heavy and time-consuming workload of regulatory compliance teams. It is therefore strongly recommended to go digital. 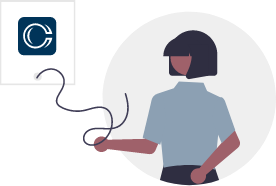 Your personal data is intended for the exclusive use of our company as data controller and will be kept for the duration of your subscription to our newsletter.

These rights can be exercised by email to the following address: contact@clardian.com In the event of a request to unsubscribe, you will no longer receive any information from us and your personal data will be deleted.

You are informed of your right to lodge a complaint with the CNIL (Commission Nationale Informatique et Libertés, www.cnil.fr/fr/plaintes), if applicable.

Fill in your email address and your first and last name, you will then receive an alert for each new Webinar